Social tango and blues, featuring modern music from many different and unexpected genres. Fun and inclusive dancing in a friendly atmosphere.

For lovers of tango who want to experience the dance in a modern setting, XTango is the perfect place to be. With current as well as classic music, a warm and welcoming atmosphere, modern sound systems and tracks to suit everyone, at an XTango Neolonga Atipica we aim to bring you the best of modern tango.

Tango began in Argentina in the late 1800s and early 1900s, when styles of folk music from around the world came together in the cultural melting pot that was Buenos Aires, and people began to dance to what emerged. As new styles of music became popular the dance evolved to adapt; the bands of the time - the orquestas tipica - started playing slower music than the earlier faster beats as that was what audiences wanted, and so the dancers slowed and extended the steps and techniques of tango to follow. The European waltz became popular, and so the tango 'vals' emerged as a way of dancing to the newly incorporated three-beat rhythm structure. From the moment it first emerged, tango has been characterised by a continuous evolutionary path.

Modern Buenos Aires is seeing a continuation of that evolution, and more and more "neotango" groups are starting up as young dancers discover the joys of dancing tango to the latest popular music as well as some of the older tracks from the mid 20th century.

The evolution of tango is ongoing.

At XTango we aim to keep the evolutionary process going. The music we play includes modern chart or alternative tracks that were almost certainly not written with tango in mind, as well as modern 'electro nuevo' tango music that keeps the feel of traditional tango whilst being recorded using modern techniques and arrangements. We play blues, as we discovered early on that blues dancing and tango dancing have a lot in common. We play chart tracks, as people want to dance to them. We play classical, metal, hip-hop, dance, country... because if someone can dance to it then someone else will want to try too. 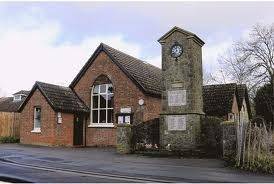 Welcome back to dancing for the new year! Come and join us for an evening practice and social dance in Dunton Green, No pressure, no traditions, just dancing to the XTango music that you love. And if the music inspires you dto dance something that isn't tango, then that's fine too! Our XTango Socials are all about the fun of dance, whatever your style.